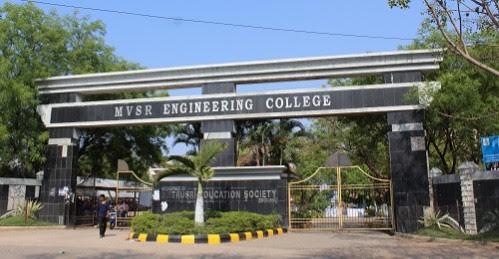 Members of NBA inspection jury visited the college during May 2022 and evaluated the college performance in six (6) different courses offered here. These six courses were subsequently granted NBA accreditation for up to 2025.

Mathru Shri Education Society chairman Dr. K P Srinivas Rao on this occasion stated that this was the result of hard work by the teaching and non-teaching staff of the college. He appreciated and attributed all the success to Principal Dr. Kanaka Durga, Vice Principal Prof. SGS Murthy, TPO Prof. Prasanna Kumar, HoDs of different departments, Janaiah Boddupally ,Chief Coordinator and others and advised them to continue the hard work. He said that the college had secured the status of Autonomous by NBA during the previous inspection and this time six more branches of the college got recognition by it.

Secretary of the society, M Krishna Kumar, Joint secretary Vasudev Rao, Treasurer Jupudi Sudhakar, vice chairman Jitendranath and others felicitated the staff and congratulated them. The MVSR Engineering College has been the first choice of engineering aspirants for several years now and the track record of academic excellence is remarkable during the past two decades. NBR recognition to several courses of the college is testimony to the hard work and dedication of the college management to carve out the future nation builders, said K P Srinivas Rao on this occasion.

In his interaction on “Women must ‘Engineer’ India’s next revolution”, Karri referred to Delhi Chief Minister Arvind Kejriwal and Telangana’s IT Minister K.T. Ramarao as people with engineering mindset who brought obvious social change in the society.

Speaking as a chief guest of LiFe ’16, a first ever literary festival of GNITS’ literary club, Karri pointed out at girl students and said, “Each one of you can change the world tangibly. The future belongs to you.” The statement received a thunder of applause from over 150 students in the seminar hall.

A shy girl student with radiant eyes, perhaps searching for meaning of something, stood up from the audience and asked the author of ‘Autobiography of a Mad Nation’, what is his message to youth of India.

Karri replied: “Youth have the power to change the world. You girls have wonderful opportunities, unavailable to women a quarter century ago. Travel across the globe. Observe things. Have the courage to say no.”

GNITS literary club president Meha Mandhana said as many as 78 colleges from the city have participated in the one-day fest, which is a Literaria Clava initiative. She added that eight different events were conducted to educate and entertain, apart from Newsroom and Debate.

“Without the help and supervision of our literary club convener Preeta Anthony, we would not have been able to organize this fest,” she remarked while thanking her mentor Ms. Anthony.

Shooting Stars: A mind game of words, which was organized by First year student of ETM, Sanjana Mantri. The event attracted over 200 participants.

Chemistry: A game to understand ‘how well you know each other?’ Amulya Metku of IT first year organized the event, which attracted about 150 students. Amulya says, “Though online social networks are popular, offline platforms to interact and communicate are still significant.”

Tongue Twisters: Tazbia Fatima of IT first year organized this fun game event. She says, “Tongue twisters are a part of literature, and people usually don’t get time to do it.”

Jigsaw Puzzle: A mini quiz wherein participants need to arrange 20 pieces in 2 minutes. It was organized by Shivani and Yashwanti from ECE first year.

Pictopia: A game for relishing childhood memory, which included recollecting fictional characters from books, movies, etc. Sneha from CSC and Soumya from EEE organized this event.